Queen of the Underworld

[a toast to] Sophie Lyons
based on her 1913 autobiography WHY CRIME DOES NOT PAY
Sophie Lyons, Queen of the Underworld, bad-ass thief, con-woman, and grifter whose criminal activity peaked just after the Civil War was wanted in numerous cities from 1860 onward, including Philadelphia. Sophie was imprisoned many times, and escaped quite a few of them. She went through a series of husbands, court battles, and public displays of disorder. When she “retired” from crime in 1913 (at the tender age of 65) she wrote her autobiography, Why Crime Doesn’t Pay, and set up a serious of resources for reformed criminals, with a focus on juveniles who had lost their way. Sophie’s life of crime led her to activism, as an advocate for prison reform she used her wealth (acquired through nefarious deeds) to help those who had been caught in the cycle of the underworld.

GET INVOLVED
Katherine intends to bring this piece to the 2021 Edinburgh Fringe Festival. Official fundraising campaign to emerge in the Spring, but donations are accepted anytime via venmo to @kaypear

If you would like to receive updates on this project let Katherine know! queenoftheunderworld.show@gmail.com 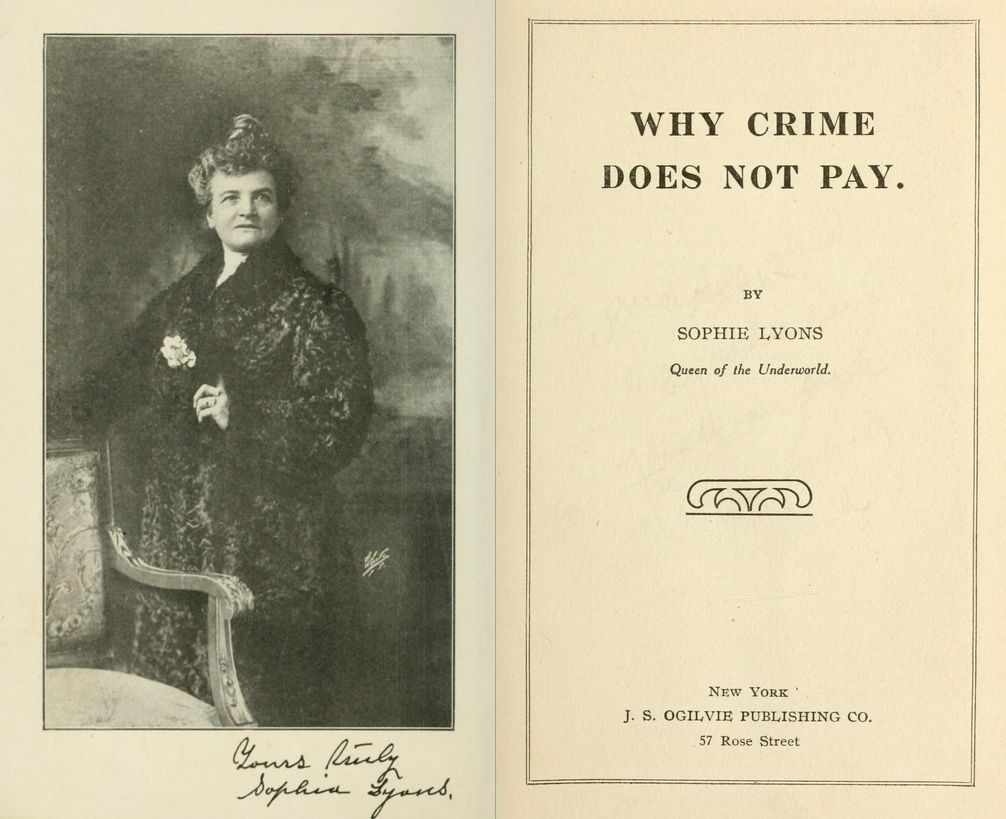